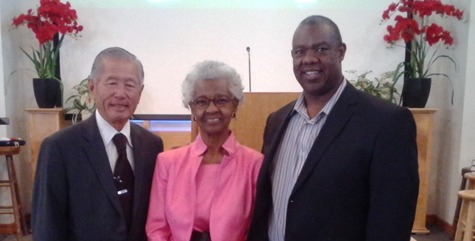 Kevin Melton is a native of the Los Angeles area and comes from a long line of leaders Including his grandfather, an influential member of the NAACP and responsible for obtaining the right to vote for African Americans in his county. Other leaders in the Melton family have held highly respectable positions in the community such as: Mayor, Chief of Police and Fire Chief. Kevin maintains the family legacy as a leader. After attending school in Los Angeles, he pursued a college education at San Diego State University and Cal State Dominguez Hills with a major in Public Administration.

Kevin started his professional career in sales at an information systems company where he was promoted to management. Kevin then transitioned into media. He gained a new appreciation for the importance of transmitting information through media to reach diverse populations. Kevin became a million dollar advertising broker servicing major corporations such as NBC and CocaCola. Kevin was the associate publisher for one of the country’s largest senior publications, Senior Life, for 13 years until 2006. The paper, now known as Life After 50, focuses on seniors’ interests, concerns, services, information and special programs available to the senior population. Due to Kevin’s great interest in the senior audience, he has participated in many fundraising events such as the annual Revlon Run/Walk, Alzheimer’s Walk, Senior Nutritional Awareness Program, and the Annual National Senior Convention. Kevin continually supports efforts to assist in improving the quality of life for all citizens.

Kevin started his political career in 2001. He ran for Los Angeles City Council in 2003 and again in 2007. Kevin moved back to San Diego in 2008 and lives in Pt. Loma. He worked on the campaign finance committee in the last mayoral election. He also ran in the 2016 California State Assembly race for the 78th District. Kevin is involved in his 40+ year family real estate investment business in the Los Angeles and San Diego areas. He is passionate about local community issues such as: higher paying mid-range employment opportunities, vacation rentals, and homelessness. Kevin looks forward to serving San Diego's 2nd District.